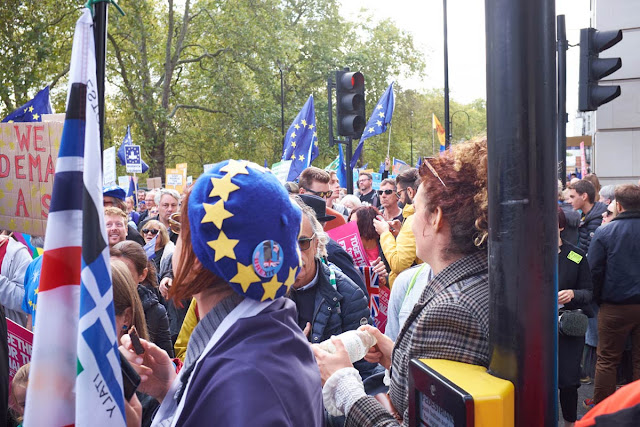 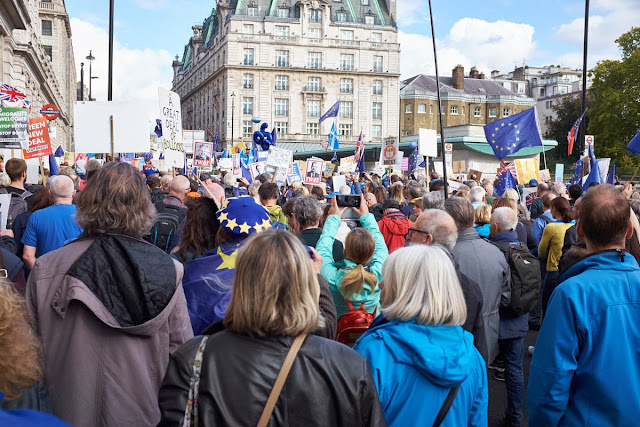 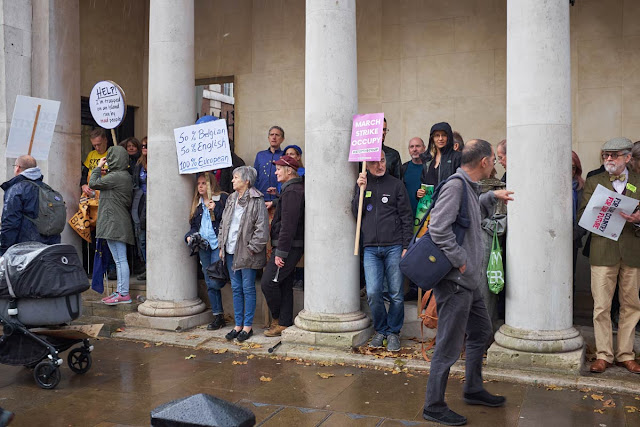 The weather in London was sunny for the People's March, and there were a lot of people - more than for the first march in March.

The EU flags were everywhere. A sober tone, knowing that it takes a lot to keep going in the face of Governments bent on avoiding the push for a new referendum on Britain exiting the EU.

And then it rained. We had come to a standstill, anyway. So many people were trying to get to Parliament Square that the march came to a stop.
So we stood for a little while, and some people sheltered from the rain. I took a photo of some of them. It was only when I looked at the photo on the computer that I saw that a man to the right of the frame seemed to be pointing and perhaps saying something to the man in the flat cap and glasses.
The people closest seem disturbed by what the pointing man was doing. I wonder what was going on? It was the only note of discord (if that is what is was) in the whole time Tamara and I and my daughter Madelaine were there.

And then Tamara shouted across for me to take a photo of the woman holding the placard that read Help! I’m trapped on an island run by mad people. 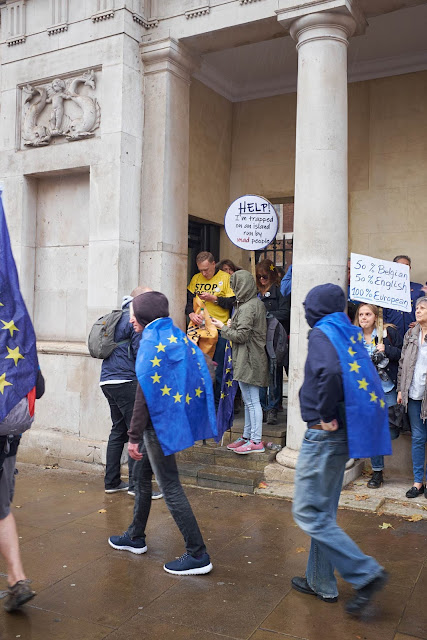 Madness? Yes, at some level it is madness to want to turn the country into a Neo-feudal society.
at October 20, 2019